I 'upgraded' twice from Windows 7 to 10 (once in July 2015 and again in Dec 2015) and both times Office 2003 Professional worked okay EXCEPT Outlook would not run AND my laptop and notebook both ran significantly slower with 10 than with 7. I went back to 7 both times. I may try it one last time just to see if MS has fixed whatever issue was causing the problems. Another dimension game allie. But I have my doubts. 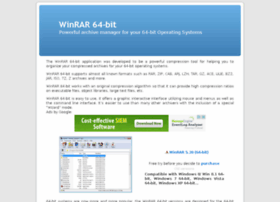 I will likely stick with 7 until they stop supporting it and then switch to Linux (which is what I've done on both of my desktops when MS stopped supporting XP). I love Linux by the way.

I 'upgraded'. From Windows 7 to 10. Office 2003 Professional worked okay EXCEPT Outlook would not run IME, MS Office 2003 [Professional] Outlook was not even compatible with Windows 7. It kept crashing randomly and in the end I switched to Mozilla Thunderbird, which is free, won't give you upgrade issues, and I think is probably better anyway at managing emails, contacts and calendar. The set-up is easy, just give your email address and password and it will search in various databases to find your provider; however I recommend choosing POP3 and not IMAP if given the choice, as IMAP involves 'synchronization' which is a good way of losing stuff forever if one part of the chain thinks its been deleted. I too just upgraded from Win 7 to Win 10, and no problems so far with other Office 2003 components. I have a licence for Office 2003 and see no reason to pay to upgrade to a newer version that adds nothing I want.

The ability to embed videos in PowerPoint (i.e. Save within the ppt[x] file) is the only thing I can think of. So I am pleasantly surprised that the free upgrade to Win 10 hasn't caused me to have to fork out on an upgrade to MS Office.