Golden era hip-hop was on full display on Friday (July 7) at Harlem's Apollo theater, as reunited for the 30th anniversary of their seminal debut, Paid in Full. The famed theater was packed with hip-hop pioneers and game changers like EPMD, Ice-T, Kool Herc, Flava Flav, Special Ed, Main Source, Joeski Love, Ma$e, T La Rock, Peter Gunz, Al B. Sure, Fat Joe, Sweet Tee, Roxanne Shante, Mr. Cheeks and Lovebug Starski, some of whom performed. The highlight was definitely Eric B. And Ra, who took a trip down memory lane with classics like “I Ain’t No Joke,” “My Melody,” “I Know You Got Soul,” “Eric B. Is President' and “Paid in Full.” Rakim, rocking military fatigues, still looks like he has the hunger for more.

I Ain T No Joke Eric B And Rakim Youtube

During one point the show, they both share an embrace, before saluting the crowd. It's good to see Eric. B and Ra rocking out once again. The group rose to prominence in the late 1980s and early 1990s with the albums Paid in Full (1987), Follow the Leader (1988), Let the Rhythm Hit ‘Em (1990) and Don’t Sweat the Technique (1992). However, infighting caused a split between the two in 1993 and they hadn't performed together since. Last year, the official Eric.

B and Rakim twitter account announced that they would be “It’s official. You heard it here firstWe are back,” one post read. “Preparations are under way for #EricBandRakim’s return. It’s been a long time,” another said.

Rakim later shot the Twitter claims down as completely false. 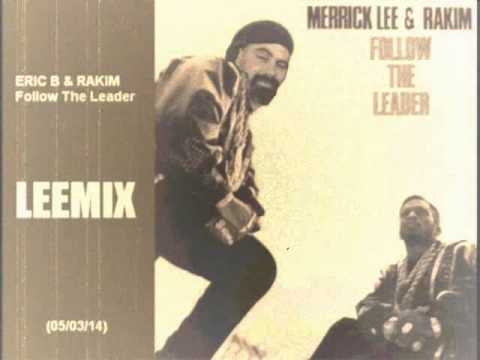 “It’s always a blessing to feel that love and support from the fans and I’m definitely going to be celebrating the 30th Anniversary of Paid in Full in 2017 even if I’m not sure how yet,” he said in a statement. Now the group is back on the same page, and the hip-hop gods are smiling. Check out footage of the dynamic duo performing some of their hits below.